Enter your City name or Pincode

Known for housing the notorious Veerapan in the dense forests of its southern region, Chamrajnagar is the southernmost district of Karnataka. It borders the state of Tamil Nadu and Kerala. It is a preferred travel hub for young travellers from the silicon city of India, Bangalore, and is avidly used by couples from all over the nation as a respite from the hectic schedules of city life. The scenery that would meet your eyes is one that is peppered with wonderful waterfalls and old temples and monasteries.

Dargah of Peer Hazarath Sayyaduna Hazarath Murdana Gayib
Situated in a small village to the left of the island of Shivanasamudra, this old mosque is located near the edge of a hillock against the backdrop of a deep rocky valley. The mosque is very old and is regarded as an important pilgrimage site for Muslims. 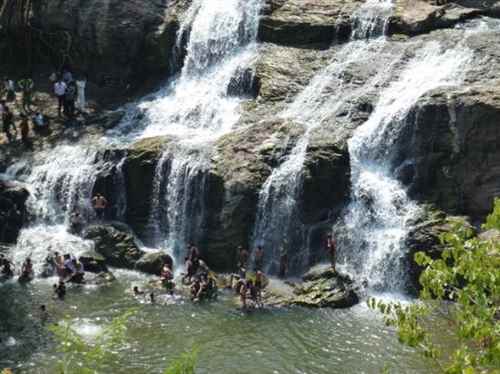 This is an offbeat tourist attraction site that is located at a distance of 3 km from the Dargah in Kollegala Taluka. The eastern stream of the Cauvery River flows rather hurriedly into a rocky valley, forming three cascades whose sounds have been compared to the sound of thunder! It would be best to visit this waterfall in the morning to get a grip of nature’s true beauty and watch and listen to the majestic cascades. 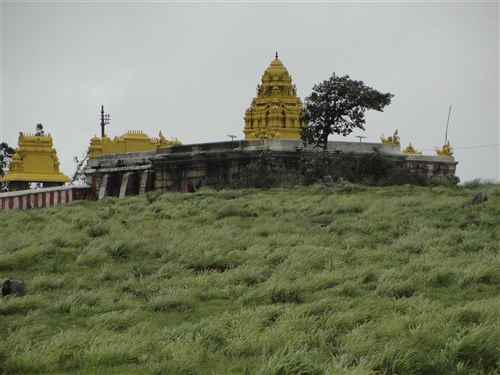 This is one of the highest peaks in the Bandipur National Park and is situated near the 13th century fort of the Palegars. Popularly known as Himavad Gopalaswamy Betta, this hill is the house for herds of white elephants, which can be easily spotted at its peak. There is a small lake situated below its peak, and it serves as the main water source of wild animals in the hills. To get to this hill, one would have to either avail taxi service or get a bike from either Gundlupet (20 km) or Mysore (89 km). For those camping enthusiasts, there’s good news! You may set up camp in these hills after acquiring permission from the forest authorities. The best time to enjoy these hills is in the morning.

Kanakaagiri Hill (Nakayama Shaila)
The literal translation of the name of this hill is “a hill in the form of a heaven”. And true to this translation, this hill is covered with dense forests of sandalwood and contains historical sites such as the Srikhetra Kanakagiri, a holy Jain centre, the Nishadi Caves, and the Samadhi Mantapas. If you are lucky enough, you may find inscriptions and footprints from the ancient times!

Situated at the easternmost edge of the Western Ghats, these hills are the home to ecosystems that are unique to most mountain ranges. It was also declared as a tiger reserve by the government of Karnataka. It is very renowned for the temple of Ranganatha, which is situated at the edge of a bare cliff overlooking the northern parts of the sanctuary. The best time to visit these hills and enjoy the scenic nature is during the months between November and March.

For those who are looking to enjoy the scenic beauty that Chamrajnagar is, here are a few hotels where you could stay. Note that the prices mentioned against the hotel names are per day rates.

The best time to visit this picturesque district is from February to April and from October to December. You can avail the best scenic tours at any time of the day, be it in the mornings, afternoons, or evenings. It would be best if you pack your bags for a 3 to 4 day stay since there is so much to see and it would be unfair to your trip if you end up missing out on anything that the district’s tourism industry has to offer.

Are you a Business Owner?

Add the products or services you offer